Discounted copies of THE SHUNT, now back in print 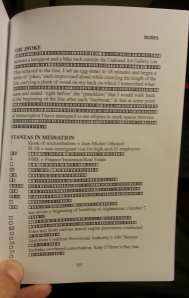 The new printing came back with the last three pages mussed up, so am offering copies for $8 (shipping included), along with a personalized errata slip. Contact me at dbuuck @ mindspring dot com or paypal me directly at that email.

The Shunt provocatively explores one of our most ordinary experiences of social discomfort—embarrassment for the flailing comedian and his all too visible affective labor—in a strikingly intelligent and utterly heartbreaking way. For all its acerbic tonality, The Shunt’s affective agenda is thus the exact opposite of ironic cynicism, which is one of this brilliantly discomforting book’s most delightful surprises.

With its stutters, fractures, puns, sarcasms, and ironies, The Shunt is part of a cluster of books recently written by US poets attempting to understand what it means to live in a country that is constantly bombing other countries. But with its relentless attention to the group psychosis that this state of siege induces in US citizens, The Shunt is also something sui generis. This is your brain on war.

Stuttering, hemming, hawing, failing, flailing, and flopping, the comedian tries to coerce the narrative ideology of wartime into a punch line, but the punch is always awready pre-packed by Big Brother’s Big Other. As Beckett almost observed, nothing is funnier (or sadder, depending on your tolerance for correct allegorical apprehension of permanent crisis) than someone trying repeatedly to slip on a flipping banana peel and getting shut down every time. The Shunt puts the “tic Alpo” back in “political poetry.” — K. Silem Mohammad

Review by Stan Apps at Jacket2

“So Much Depends” @ Floor

new work from We Do the Polis @ Floor ….

*An Army of Lovers* now available

An Army of Lovers, by Juliana Spahr & David Buuck, is now out from City Lights 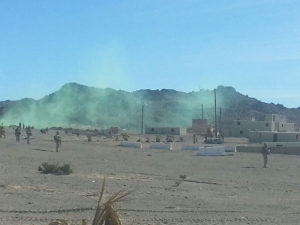 an excerpt from a novel in progress…

thanks to Hillary Mushkin for the solicitation– 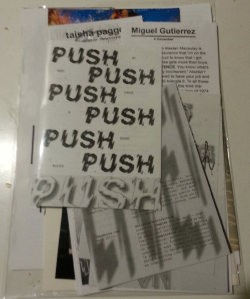 Blogging at Jacket2 for the next few months …

thanks to Michael Hennessey for putting it together—

“Index” for Under Under
at Konsthall C in Stockholm, Sweden
by David Buuck and Juliana Spahr
images by Mikael Lundberg

Participants wrote the numbers by jumping up as high as they could. And they wrote them as large as they could. Attention was paid to the jump, not the writing. They did not erase or edit. It was okay if the numbers overlapped. And they didn’t have to go from left to right. They wrote the numbers in whatever medium they desired. Sharpee was fine. Charcoal was fine. Ideally the writing instrument produced black marks. As many people as desired were used. And these people did this either before or at the opening. The point here was not legibility but difficulty. Yet the piece was not just the jumping, it was also the results. What was created was a collection of number-referencing abstract marks.